Aaron is demonstrating Bernoulli’s principle, which states that fast-moving fluids or air, such as strong winds, have lower pressure than slow-moving air. 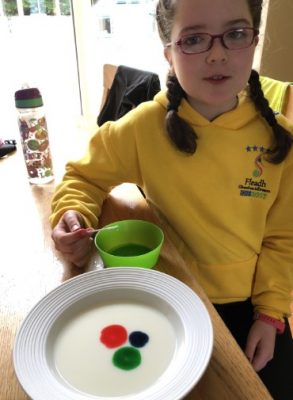 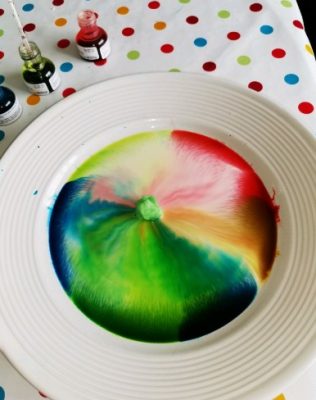 What has happened?
The washing up liquid reacts with the fat in the milk which reduces the surface tension. The fat particles move and create swirls of colour moving the food colouring around in the milk. 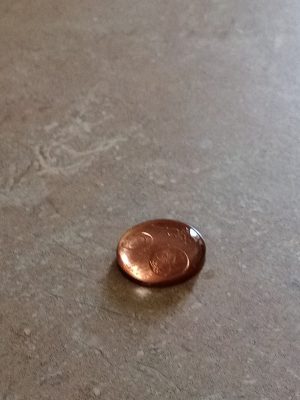 The water on this coin is held together by surface tension, the molecules in the water are so close together it’s like they form a sheet. The washing up liquid in John’s experiment has spit up the molecules causing the food colouring to move. 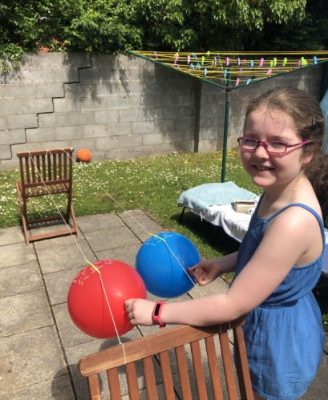 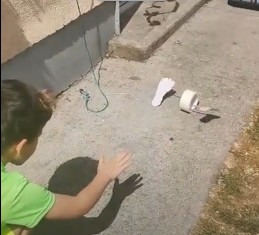 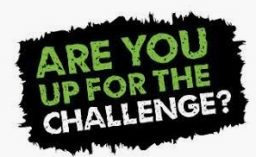