The staff of this school want to create a climate of physical, emotional, social, and intellectual safety for students, teachers and parents so that teaching and learning can occur within relationships of mutual valuing and respect.

With this in mind, the teachers of the school see education not just as providing students with knowledge and skills but also as providing for the emotional, social, sexual, physical and spiritual development of students.

In this school we want students to be self-motivated and to be at peace with themselves, others and the world. Achievement of these aspirations by the school requires the help and co-operation of students, teachers and parents.

Ennis National School is a co-educational Catholic primary school under the patronage of the Bishop of Killaloe. The school models and promotes a philosophy of life inspired by belief in God and in the life of Jesus Christ. Our Catholic ethos represents the norms of behaviour which have emerged and continue to emerge gradually from the repeated interactions and relationships between people in the school community. While Ennis NS is a school with a Catholic ethos, it has due recognition for pupils of other faiths or no faith.

Our Catholic ethos finds expression through the care values of our school and through our actions, attitudes and practices:

Sensitivity is always shown to pupils of all faiths. The school cannot, however undertake to educate children of other faiths in their own faith, nor can it provide supervision during the religious education period apart from the class. 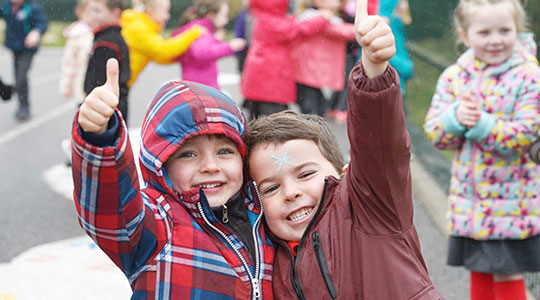 Ennis National School has adopted the Alive – O Catechetical Programme approved and recommended by the Irish Hierarchy for use in Catholic Schools. The programme is normally timetabled each day for one half-hour. A Christian ethos however permeates the school day and the life of the school. There is a spirit of prayer in the school. The major Catholic and local feasts are celebrated. Liturgical celebrations are held on occasions and the whole school celebrate the sacraments of Reconciliation, First Holy Communion and Confirmation annually.

At Ennis National School we realise the importance of the first two years of your children’s education in forming a firm foundation for their years in primary school.

Our curriculum reflects “the many dimensions of human experience, activity and expression and is directed to-wards the development of the full potential of the child.” (Primary School Curriculum). We value highly the importance of childhood and endeavour to give each child the opportunity to develop and mature at his/her own pace.

Teachers and staff make every effort to expose the children to the best methodologies, offering the students every opportunity to become involved in their own education and learning. 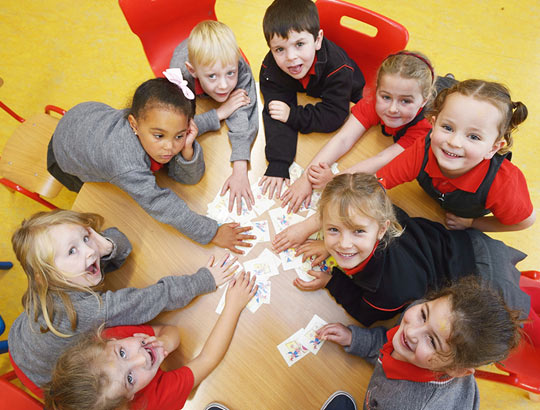 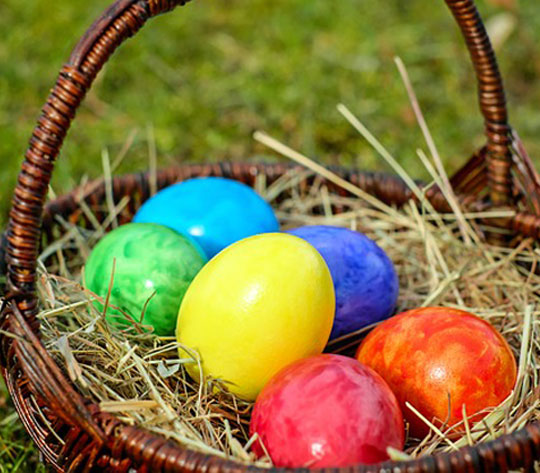 The children are offered a variety of fun and memorable experiences throughout the year including:

Of paramount importance is the happiness of each child under the care of the infant staff. On a daily basis we strive to cater for the physical, spiritual, emotional and educational welfare of each child.

In conjunction with parents and the wider community we hope to achieve all the goals set out above.

A Brief History of Ennis NS

1897: School opened at the corner of Carmody St. and Kilrush Rd.(now the present Youth Centre) as the Ennis Boys’ National School. The first pupil to enrol was Patrick McCallan from Doora.

1972: New school opened on Kilrush Rd. opposite the site of old school. New school built to cater for 16 classrooms

1998: Computers introduced to every class in the school plus opening of a computer laboratory with 30 computers.

2012: June – The first sod on the new school site at Ashline is turned by the Minister for Education, Ruairi Quinn

0
We use cookies to optimise our website and our service.
Manage options Manage services Manage vendors Read more about these purposes
View preferences
{title} {title} {title}