Before the recent holidays, an indoor hurling league was held in the hall at lunch time on Tuesdays and Thursdays. Thirty-four children took part altogether. There were four teams- Clare, Cork, Limerick and Galway.

The winner of the league was Clare and the runner up was Limerick. Both teams received medals. Mr. Kelly organised the league and refereed the matches. Everybody had a great time and tried their hardest. 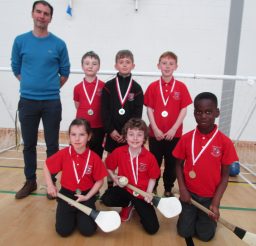 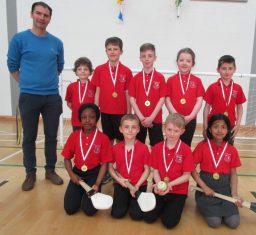