We are extremely proud of our sixth class students who wore the Clare jersey in the Gaelic Football Primary Game recently.  Emily and Cian represented our school on the girls and boys Clare Primary Teams in the Gaelic grounds recently.  Both students played in goals against a Limerick selection and both did extremely well.  Their games were on at half time of the Munster Senior Football clash between Limerick and Clare in the Gaelic Grounds on May 19th.

Sarah from sixth class togged out for the Clare Camogie Primary Game at half time of the Munster Senior Hurling Championship clash between Clare and Waterford in Cusack Park on Sunday May 27th.  She played in the wing back position against a primary game selection from Waterford.  This was a great honour for Sarah and we are immensely proud of her. 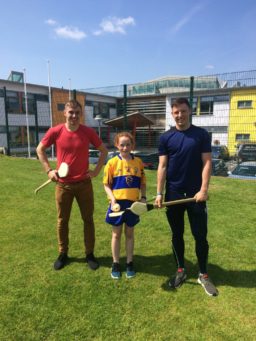 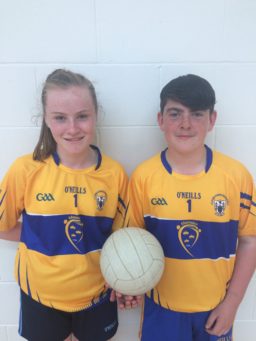