Posted on 20 February 2019
Posted in News from the School 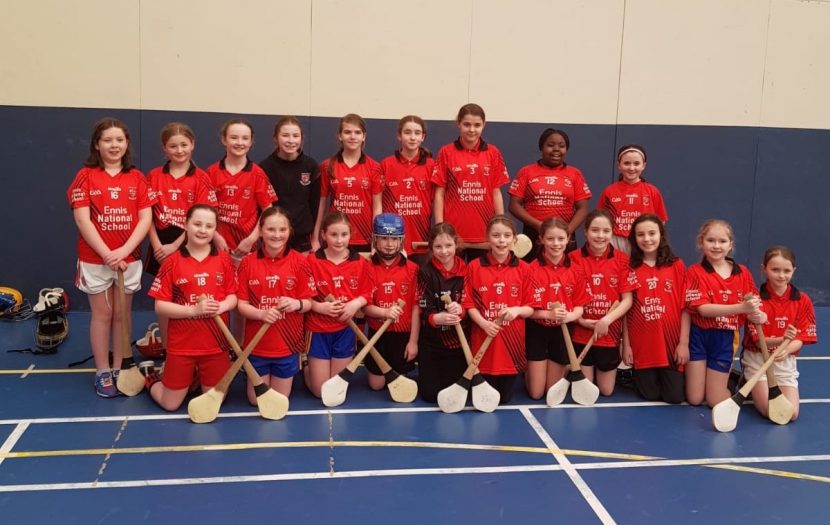 Ennis National School began their indoor camogie competition in January 2019 when they were drawn against Clooney NS, Clonmoney NS and Kilmaley NS.  On the day ENS defence proved too strong for the other three schools conceding only one goal in their three games.  The second round of the competition was played in Flagmount against Crusheen NS and Flagmount/Dromindoora NS.  Both teams were strong opposition but the Nash girls dug deep to come out victorious.  ENS had reached their first indoor camogie final since 2002. 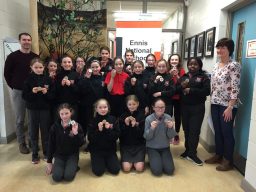 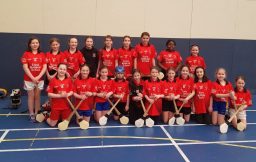 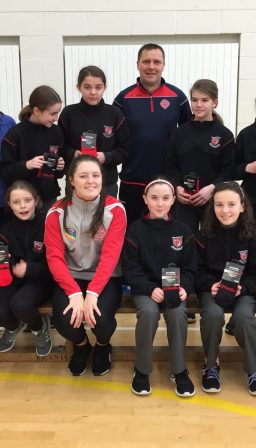 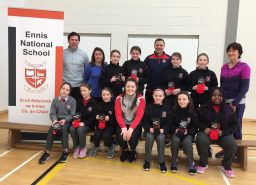