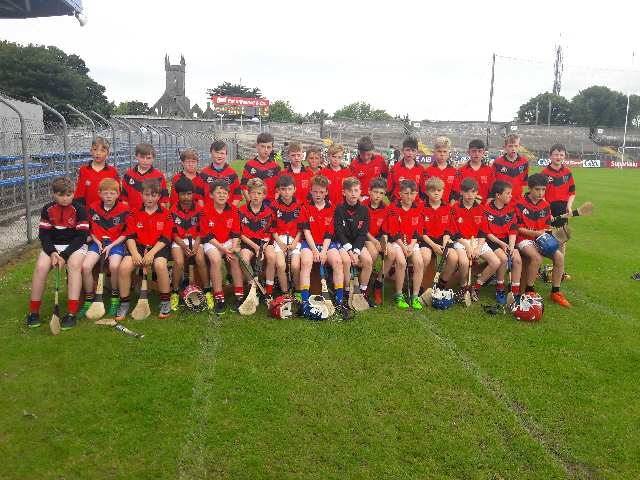 Our boys hurling team took on Gaelscoil Mhicíl Chíosóg in the final of the Division 1 Primary School’s Hurling on Wednesday last.  This was expected to be a very keenly contested game with between two teams who had proven themselves to be worty finalists.  Ennis NS were undeafeted in their competition to date having narrowly defeated the Gaeilscoil in the opening round. Both teams had improved since that opening game.

The outcome of the game was decided in the early exchanges. The Gaelscoil converted early chances to scores while Ennis NS found it more difficult to create chances.  When the Gaescoil raced into a 1:5 to 0:2 lead, things looked ominous for Ennis NS. However the boys battled bravely, closed down the opposition and slowly got themselves back into contention.

Early in the second half, the gap was down to three points and Ennis NS had a few opportunites to close the gap further.  However, the Gaelscoil packed their defence and managed to plunder a few more points to run out worthy winners on the day.