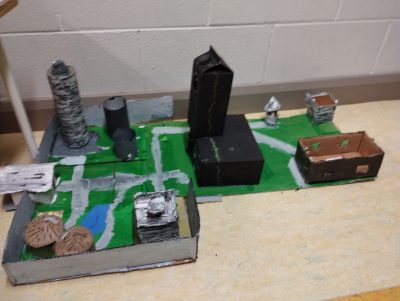 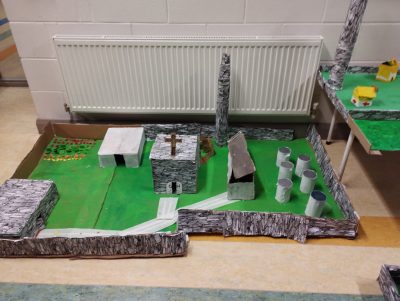 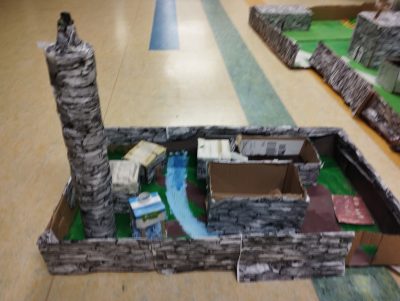 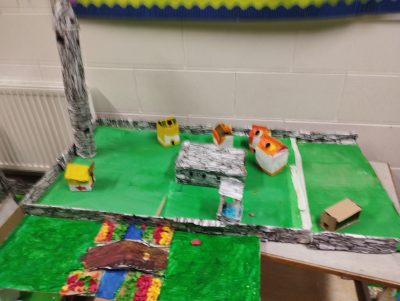 A long time ago, Ireland was known as the Land of Saints and Scholars.

There were many monasteries all around Ireland for monks to live in.

Monks were people who prayed and worshipped God.

Monasteries had round towers, monk’s huts, scriptoriums,[Scriptoriums were

the monks ate] a guest house, and walls all around it to keep wild animals and

enemies out. Monasteries also had a well, so monks always had water to drink.

Vegetable gardens were important as well.

The Book of Kells is a very famous book written by Matthew, Mark, Luke, and John.

They illustrated it too. It was written in the Scriptorium.

In the olden days, there were no printing machines so everyone had to write by hand.

They wrote on a type of paper called vellum. Vellum is the skin of a calf specially

prepared to use as paper. The monks were very clever to be able to produce a type

of paper. They must have taken great care to keep out enemies.

The monks were amazing. 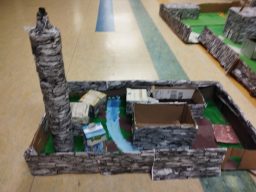