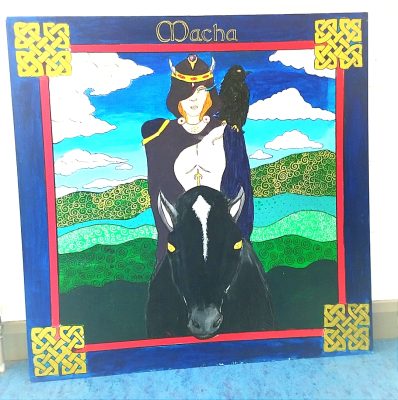 What does Macha mean in Irish?

Macha was a sovereignty goddess of ancient Ireland associated with the province of Ulster, particularly the sites of Navan Fort (Eamhain Mhacha) and Armagh (Ard Mhacha), which are named after her.

“Macha’s themes are victory, success, protection, fertility and fire. Her symbols are red items, the acorn and the crow. Macha means ‘mighty one.

How do you honour Macha?

So don any red-coloured clothing today, or maybe temporarily dye your hair red to commemorate this Goddess and draw Her protective energies to your side. Eating red foods (like red peppers) is another alternative for internalizing Macha’s victorious power and overcoming any obstacle standing in your way.

What three goddesses make up the Morrigan/ Macha?

The three Morrígna are also named as sisters of the three land goddesses Ériu, Banba, and Fódla. The Morrígan is described as the envious wife of The Dagda and a shape-shifting goddess, while Badb and Nemain are said to be the wives of Neit. She is associated with the banshee of later folklore.

Macha Goddess and What She Symbolizes

In ancient Ireland, there was a goddess revered by women warriors, feared by men, and known to everyone in all the land. She is called Macha, a deity that paved the way for many other Machas who sought to emulate her example of possessing power and reliable foresight.

Many Goddesses – One Name

If you’ve ever tried to trace down the etymology of this particular deity before, know that it is very much normal to get confused. After all, Celtic scholars and academics closely followed three Machas, all of whom share distinct qualities despite bearing unique personalities.

The first and ‘original’ Macha is thought to be one aspect of the Goddess triduum called the Morrigan. Also known as the ‘Phantom’ or ‘Great’ Queen, the Morrigan consists of three identities: Macha the Raven, Badb the Scald Crow, and Nemain, who is also referred to as the ‘Battle Fury.’

The Morrigan is considered both a warrior goddess and a symbol of fertility. Both alluring and tenacious, anyone who sees her washing blood-stained clothes in the river is thought to be nearing death.

The second Macha goddess is known for having fiery red hair, and a feisty attitude even for a Queen. She is said to have forced her rivals to build temples and monuments in her honour after she relentlessly defeated and overpowered them.

Finally, we have the third Macha, the most popular of them all. The goddess is said to have taken a mortal, a wealthy cattle-owner in Ulster named Cruinniuc, as her lover.

Shortly after Cruinniuc’s wife died, she simply showed up at his house and started taking care of the family and the household. Not long after, Macha got pregnant. She promptly warns her new husband not to tell anyone about her real identity if he wants her to stay and raise a normal family with him. As luck would have it, though, Cruinniuc ran his mouth during a chariot race and boasted that his wife could run faster than all of the king’s horses combined.

Upon hearing this, the king summoned Macha and forced her to compete with the royal horses, even though she was very much pregnant at the time. She pleaded to the king to postpone the bizarre race until after she’d given birth, but the man wouldn’t budge. Despite her situation, Macha ended up winning the race but suffered great pain because of it. As soon as she reached the finish line, she wailed in pain while giving birth to twins: a boy named ‘True’ and a girl named ‘Modest.’

Humiliated and hurt, Macha cursed the men of Ulster nine times nine generations thereafter to suffer the pain of childbirth in their time of worst peril. In effect, none of the Ulstermen, aside from the demigod Cuchulainn were able to resist the invasion of Ulster.

The story shows that the goddess Macha can be vengeful when disrespected, and how unworthy kings inevitably face short, disastrous reigns.

Aside from the themes of strength, vengefulness, and motherhood discussed above, there are several other themes associated with Macha, based on the kind of life and legacy she purportedly lived.

Feminine power: During a time when women were expected to take on domestic and subservient roles both in the home and in society, she was the opposite independent and strong. She also possessed courage, intellect, and elite athleticism – qualities that were thought to be exclusively possessed by men at the time.

Fertility: Macha is believed to have used her power to clear the Celts’ lands for the abundant growth of wheat.

War: The Morrigan, at the core, are warrior goddesses. According to the Yellow Book of Lecan, the mast of Macha refers to the heads of men that have been slaughtered in war.

Success: Macha may have suffered a great deal of pain during her racing competition against the king’s horses, but she still emerged victorious. She is the epitome of winning even when the odds are stacked against her.

Protection: Macha was revered as the Celts’ great protector against invaders, the same way she sought to protect her twins from the evils of a mortal king.

Death: Macha, at the core, is still an omen of death. However, she is not feared or cursed for such, because death is generally accepted by Celts as a natural part of life. Macha is thus seen as a welcome apparition – a warning of sorts to prepare people for what is to come.

Symbols Associated with The Macha Goddess

Because the goddess Macha is generally associated with positive things and attributes, many believers offer ritual offerings to invoke her protective and warrior-like energies. They call upon her using the following symbols, which are closely associated with the goddess.

Acorn: Acorns are considered suitable offerings for the goddess Macha, as it represents fertility, much like the goddess herself.

The crow/raven: The Celts believed that Macha would sometimes take on the figure of a crow or a raven whenever she was cautioning a person of their own impending death.

Horses: Because of her speed, endurance, and athleticism, Macha is often compared to battle horses – the same kinds she defeated in the legendary race the king set her up for.

Wrapping Up…In many ways, Macha set the standard of what it means to be a Celtic woman. She respected life, valued her dignity, protected those she loved, fought and won, and collected dues from her enemies and those who sought to besmirch her reputation and good name.

It comes as no surprise that even modern women look up to Macha goddess and her example of being a powerful female. 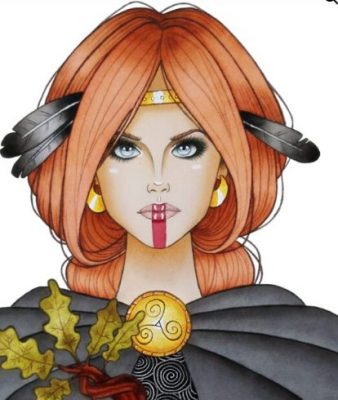 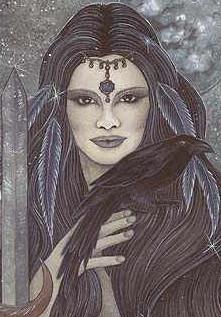 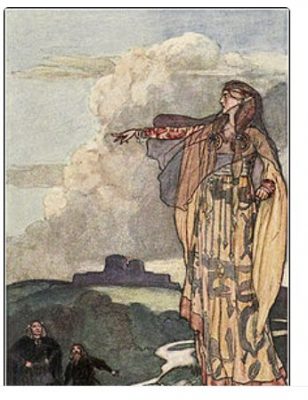 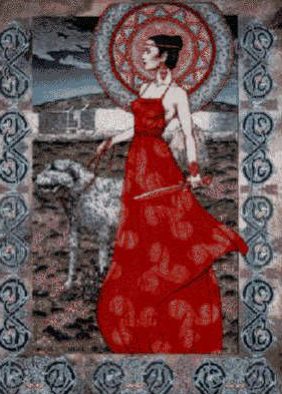 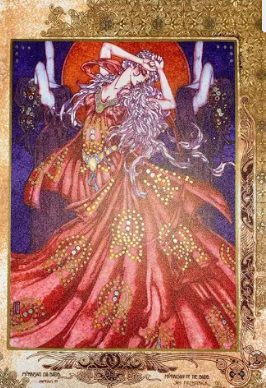 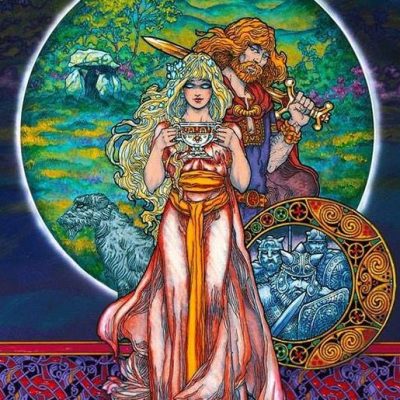 Remember these examples are for inspiration. Macha is what you think she is find out about her and use your imagination… that’s what art is …ENJOY AND BE CREATIVE!!!!!! 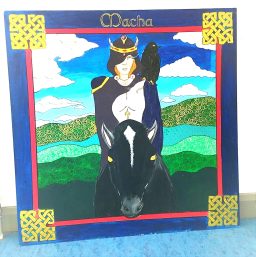